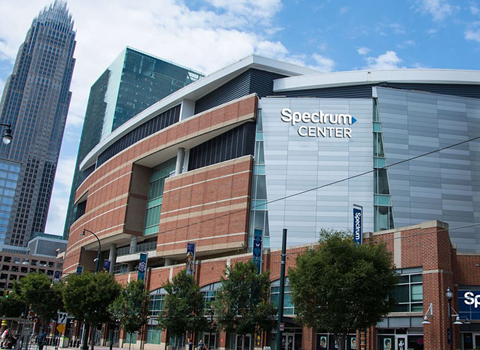 The NCAA announced today that March Madness will be coming back to Charlotte. The Charlotte 49ers athletics department was awarded the NCAA Division I Men’s Basketball Tournament first and second rounds at Spectrum Center in 2024.

“The Charlotte 49ers are thrilled to partner with the CRVA, the Charlotte Sports Foundation, and Spectrum Center to host the 2024 NCAA Men’s Basketball Championships,” said 49ers Director of Athletics Mike Hill. “Basketball is part of the fabric of our university, our city, and our state. We have a rich history of hosting NCAA basketball and are grateful to the committee for choosing to return to Charlotte.”

“We are excited to be a part of the NCAA returning to Charlotte for the 2024 First & Second Round games,” said Charlotte Sports Foundation Executive Director Danny Morrison. “Sports will play a major role in the rejuvenation and recovery of our local economy, both immediate and long term. CSF is proud to be one of the committed local groups working with the Charlotte 49ers to secure the bid. This is great news for the Charlotte community.”

Ticket information for the event will be released at a later date.